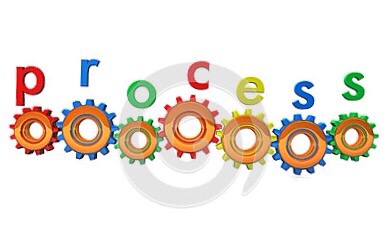 I began pastoring my first church in March of 2005. At 26 years of age, married with a 2-year old son, I had absolutely no idea what it took to pastor or lead a congregation. Because I had been preaching since the age of 15; and the youngest son of a pastor…I thought I knew. But Bible College and seminary training did not prepare me for what I would encounter at 26. The Lord blessed me to preach almost every Sunday for four years, where I served as the Minister of Christian Education. My pastor let me preach each Sunday to the people in his congregation during the early service there. But my four years of preaching did not quite prepare me for what I would experience in pastoral ministry. Too often we can make the mistake of thinking we can handle certain functions because it either looks easy, or it seems as if we have all of the appropriate answers for any given situation. Even now, Donald Trump’s rhetoric will change regarding some of his promises if he were to receive the vote of the American people and actually become the President of the United States. This same truth applies to Hillary Clinton as well.

By far, pastoring has been one of the most difficult tasks in my own life. Being the husband of D’Ani seems easy. Being the father of Kai, Kaden and Karter….well, that’s another story. But I digress!

Going back to my first pastorate…it was a new church! The pressure of starting a new work (specifically, a ‘cold start’) is second to none. It is one thing to start a new church that is branching off from another congregation (either a split or from a sponsoring church), it is something altogether different to start from scratch. No money. No building. No sponsors. No members! Just….a dream…

As I reflect, I would have done quite a few things differently. If I had pastored my SECOND church FIRST, I would have saved myself some of the trials I faced along the way; and I would have become more appreciative of the things that come with a new ministry that you are forced to endure in the old. It being my first church, and the church I started…it became my baby. Consequently, I didn’t give away enough of the ministry to others. I carried the bulk of the burden, particularly financially, upon myself and my family. When the church struggled, it fell upon me and my family. This, of course, is the price we pay for ministry. The ultimate hurt is when the church does well; and some wonder why those who’ve sacrificed are benefactors of that blessing. Ultimately, I should have been doing better financially, already finished seminary and prepared to carry the finances of the church, with or without anything in return. Ultimately, I loved Cornerstone in a way that I will never adequately describe; and the people of Cornerstone loved me and my family in a way that cannot be put into words. Not a day passes that I don’t think about and have fond memories for, “My First Church.”

In my second pastorate…I was at a different place in my life: 6 years later; over a decade-long marriage; 3 children…seminary degree complete; nice chaplaincy job in Houston. Things were better for us personally. I was learning so much in the chaplaincy about pastoral care, ministering to hurting people and specializing with those who were mentally ill, along with a specialization in AIDS/HIV patients…my preaching and my ministry to the people to whom I was pastoring was transformed. In a real sense, the issues I would encounter in my current pastorate paled in comparison to the many of the issues I’d faced in the hospital (at Ben Taub in Houston). AGAIN….I am certain I’ve made mistakes along the way. I often wonder how effective I’ve been as a bi-vocational and commuting pastor. I have often wondered how many more relationships I could have cultivated in the city and at my own church had I not been on the road, or been so busy in my travels. At other times, I am amazed at how God has blessed our congregation; and how far we’ve come spiritually and in many other ways, since my arrival over 5 years ago. The challenges I had in my first pastorate were different from the challenges in my current. My greatest challenge (as I reflect) has been being an agent of change. In an older congregation, especially Baptist…not everyone is welcoming toward change. This is just a reality. As strange as it seems…I knew this by the time I came into my congregation at Mt. Salem. I knew (as I do now) that change must be gradual; and that patience is a powerful virtue. For example, I waited an entire year before starting a praise team. When I eventually did, I didn’t call is a ‘praise team.’ I called it the “A.L. Randon Ensemble”, named after the longest-tenured pastor of our church. The term “praise team” can be threatening to some who know nothing but choirs in the “old church”. And, for the same demographic, ‘praise team’ and ‘praise dance’ are one and the same.

Over the years, I’ve gradually implemented change….at a much slower rate than I either have wanted or anticipated. But the most important thing (atleast in my context and in light of our church’s history before I arrived) that the Holy Spirit impressed upon me was for UNITY to remain in our congregation. For this to occur, I could not and cannot have one generation competing against another. This would have brought in a busload of new, young people. Because of my experience, I know how to get that demographic in the building… But I will never forget my pastor telling me that much of pastoring is about the “managing of many personalities”. In this instance, it is not just about gaining new people; but about resisting the need to damage the faith of some mother in the church who has been apart of the same congregation for 50 years. Make no mistake…change MUST occur. And I am not suggesting that any given pastor should stunt their growth to cater to the midget-mindset of an individual who is centered on self and convenience. I am simply saying that pastors should be sensitive in not burning bridges to get to the next town. In this case, PEOPLE are our bridges!

I know that my blog is long and it seems as if I am rambling. But there is a method to my madness. I do have a point. In a few weeks I will celebrate 38 years of life. My point is: ALL of this has been a part of my journey. I would not have been as sensitive to the feelings of others at Mt. Salem if I had not gone through some of the backlash of not consulting anyone and just moving, at my first church. I would have not been as prepared for the journey personally and in my own financial life for my second church, if I had not gone through some of the financial struggles in starting a church in my mid-20’s while in seminary, after leaving my job at a church to start that new work in ministry.

Here’s my ultimate point: ENJOY THE PROCESS. And LEARN from the process. LEARN to manage WHERE YOU ARE with gratitude and humility. Don’t take for granted that God is at work. EVERY SINGLE THING has led me to where I am at this very moment. God has blessed me tremendously!

Domestically – I am married to the woman of my dreams, with 3 healthy boys who are active, smart and growing in their knowledge of Who Christ is.

Financially – I’m not a millionaire; but I have everything I need, and much of what I desire (I don’t desire much!)

Ultimately…I am enjoying the process! My encouragement to someone reading this blog is for you to enjoy the process as well. Stop listening to the voices of the enemy. I have this voice that likes to remind me of much I have not accomplished at 37. “You’ve done this and you’ve been there….BUT…”

Get this: I am where God wants me to be. My job is to do the BEST with what I am given; and to remain faithful; and to BLOOM where I am PLANTED. I am doing that; and I am grateful!!! This is my continual prayer for me, my family and for you.

3 thoughts on “Enjoying the Process (Pastoring)”