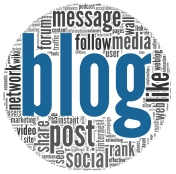 It has been some time since I’ve last blogged.  Four months to be exact!  Since blogging back in April, my world and our world have not failed to keep on moving.

On a personal note, I have just been taking some time away from blogging.  To be perfectly honest, I have no excuses.  Yes, I have growing sons who’ve consumed my Summer, preparations for making my printed publication a reality (long overdue), attempts to begin Ph.D. work (now halted), 15 year anniversary trip with my wife (check), the list goes on and on.  But I am discovering excuses are relative and they are inexcusable.

An old friend of our family, the late George O. McCalep, would commit an hour each day to just write.  He would sometimes find himself unclear on the direction of his writing matter…but he would write unencumbered by any distractions.

I love to write.  My biggest obstacles are procrastination, writer’s block and wanting things to be perfect.  The more I live, the more I am convinced that God gives many of us with limited ability more ALONG the WAY than He does before we start.  So that is my renewed commitment….to just start writing!

I am now 37 years of age!  Going into five years of pastoring the Mt. Salem Church, 15 years of marriage, my eldest son on the brink of being a teenager, approaching 22 years of preaching….I’ve seriously been evaluating where I am in ministry; and where God is taking me.  I can honestly say that I’ve viewed people’s attempts to see what’s next of what God has in store ahead, sometimes, as vain and narcissistic.  But the older I become, the more I realize it is necessary; and something I’ve actually been doing all of my life.  I don’t have time to waste!  It is my prayer that God grants me many years of life… But I am more interested in making my life count.  My focus is to leave my mark, and be as much of an original as I can, rather than a cheap imitation of someone else’s life, ministry and legacy.  That is where I am!  That is my focus!

Currently, I have been preaching through the Psalms.  At the beginning of the Summer with Psalm 1, I am now on Psalm 8.  My focus is to complete Psalm 8 in the morning, and then move forward.  What began as our “Summer in Psalms” may continue for a while.  I’m enjoying the challenge and the luxury of some predictability in my preaching preparation.  I love leaving one verse and going to the next.  In ways, for me, it is much easier but also more of a challenge.  I love it!

I am praying for every Pastor who leads God’s people; and every proclaimer who shares God’s Word faithfully, consistently and accurately.  This is no small endeavor.  Leaders are being attacked.  I’m not necessarily referring to those leaders who were hacked.  But good men and women who are just trying to serve the Lord, love their families, do right by God and His people….they are being attacked; and they are discouraged.  My prayers are with them, as well as those who are guilty of failing and falling.  I pray we never fail to realize that Shepherds BLEED, and healers are often WOUNDED.

May God faithfully reveal His grace and strength to them and all who need His care!

4 thoughts on “My Thoughts”